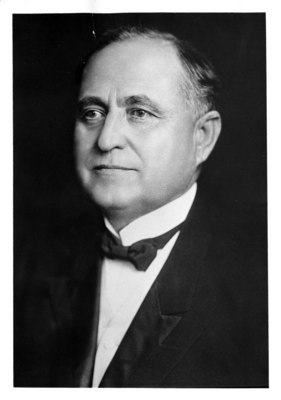 In 1922, Winthrop celebrated its' First Founder’s Day. January 10th was Winthrop's founder and first president, Dr. David Bancroft Johnson’s birthday and became the day Founders Day was celebrated. A group of Winthrop professors, who wished to express their affection and appreciation for Johnson, made motions to the faculty and students at the chapel exercises the morning of January 10, 1921 for January 10th to become Founder’s Day. The faculty and students unanimously voted for the motion and Johnson modestly and graciously acceded. The motion was sent to the Board of Trustees and the first official Founder’s Day was celebrated on January 10, 1922.

This photograph is of Dr. David Bancroft Johnson in the 1910s.