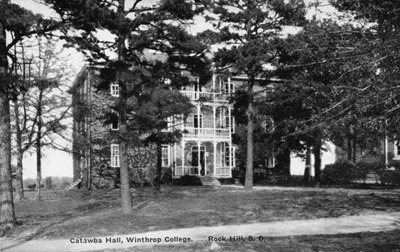 In 1968, Catawba Hall (which was built around 1890 was razed. It was originally associated with the Presbyterian High School which later was incorporated into the Winthrop Training School Building when the property was purchased by Winthrop. Catawba Hall was used for faculty housing but fell into disuse by 1968.

This image is of an undated postcard of Catawba Hall from around the 1910s-1920s.