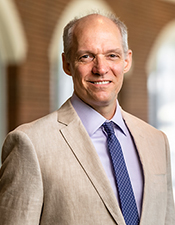 Leaders of '98: Murphy and McCracken A Comparison of the 1798 Rebellion in Wexford and Antrim

This study examines the relationship between the Irish nationalist risings in Wexford and Antrim in 1798. The Antrim Rising was a largely ideological movement that was influenced by the beliefs of the United Irishmen; in contrast, the Wexford Rising was a reactionary movement that was influenced by the leadership of Fr. John Murphy of Boolavogue. An analysis of the differences and similarities of these two leaders serves as the primary mode of analysis. McCracken restructured the United Irishmen in Belfast into a secret revolutionary society, as Murphy mobilized rebel forces in Wexford and inspired a military uprising. This thesis seeks to uncover the similarities and contrasts and ultimately, the reasons for the eventual British victory. The objective is to identify the degree of reliance that these movements had on one another, especially the influence the United Irishmen had over the rebellion in Wexford. Could the methods employed in Ulster have worked in Wexford? Was the Wexford rebellion a reactionary uprising in opposition to the atrocities of the British, or was it motivated by the beliefs and actions of the United Irishmen in the North?

Sources include eyewitness accounts from significant participants in the events of 1798: Miles Byrne, Sir Richard Musgrave, Rev. James Gordon and Richard Robert Madden provided great insight into the political, religious, and personal motivations of principal players, Murphy and McCracken. Madden’s work chronicles the history of the United Irishmen from their origins in 1791, through their military reorganization, to their military efforts in 1798.

While unsuccessful in their.immediate aims, both rebellions played major roles in the formation of present-day Ireland, affecting the psyche of the Irish people and influencing a sentiment of nationalism and republicanism that permeated through generations of Irish people, especially those in the North.

Carton, David, "Leaders of '98: Murphy and McCracken A Comparison of the 1798 Rebellion in Wexford and Antrim" (2011). Graduate Theses. 18.
https://digitalcommons.winthrop.edu/graduatetheses/18