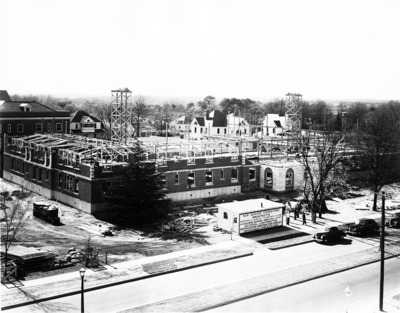 This photograph is of Senior Hall still under construction in 1942.