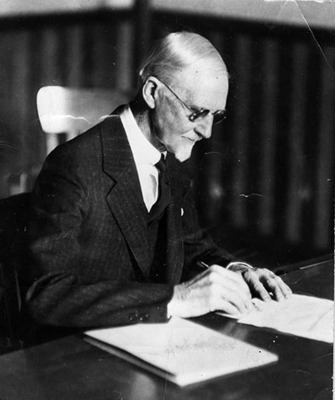 In 1929, Dr. James Pinckney Kinard was formally named the second president of Winthrop. He would serve as Winthrop President after the passing of Dr. David Bancroft Johnson on December 26, 1928 through 1934. Dr. Kinard first arrived at Winthrop in 1895 as Professor of English and left in 1914. From 1914 to 1916 he served as president of Anderson College. He returned to Winthrop in 1917 as Professor of Psychology and Education and later served Winthrop as Dean of the College.

This photograph is of Dr. James Pinckney Kinard shortly after he formally assumed the Winthrop Presidency in 1929.