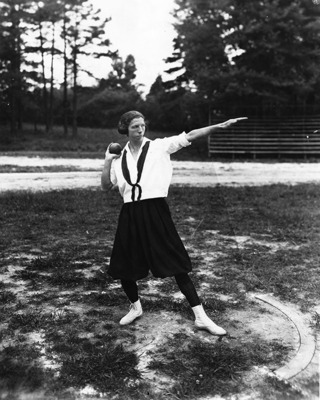 This photograph is of Lucile Godbold with a shot put at the Winthrop Athletic Field around 1920.