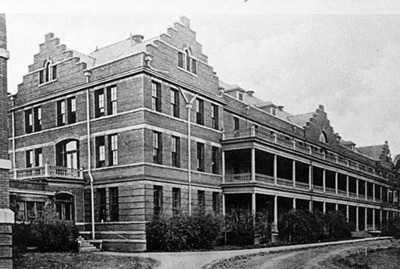 In 1901, construction on McLaurin Hall was completed as a second dormitory. By 1900, Winthrop was annually turning away 200 students a year due to a lack of living space, so McLaurin Hall was built to alleviate this issue. McLaurin Hall served Winthrop as a dormitory until the building began to deteriorate due to neglect in the 1970s and in 1988, after significant interior renovations, the building became home to the College of Visual and Performing Arts at Winthrop.

This photograph is of McLaurin Hall in 1910.