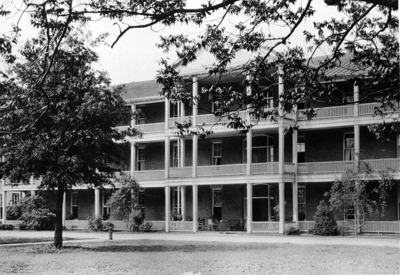 In 1895, construction on the dormitory was completed. After McLaurin hall was built it was known as North Dormitory and in 1925 was named Margaret Nance in honor of Winthrop Founder and First President, David Bancroft Johnson's mother, Margaret White Johnson Nance.

This photograph is of Margaret Nance Hall in the 1920s before the porches were removed in the 1930s.