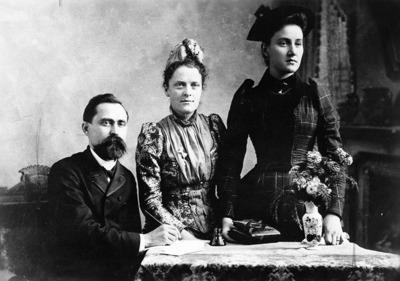 This image of Winthrop Founder and First President David Bancroft Johnson, Mary Yeargin, and Hannah Hemphill in 1891. They would form the committee that was to determine Winthrop's future home.