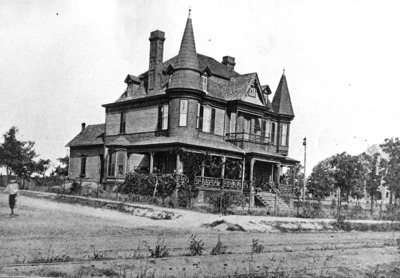 In 1890, the future president's house was built by W. H. Stewart who built his home on the corner of Oakland and Aiken (later Stewart Avenue). Stewart had bought the property from the Rock Hill Land and Town Site Company, which three years later donated most of the land for Winthrop’s Campus. In 1893, Stewart sold his one acre lot and house to the school for $3,900. It was occupied in 1895 by D. B. Johnson, Winthrop’s first president, and has continued to be the president’s residence for more than 120 years.