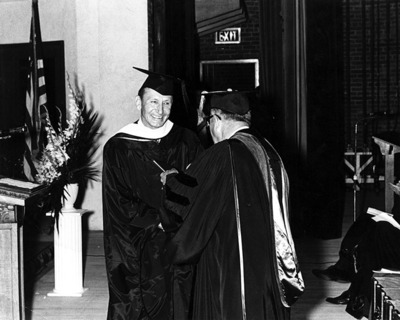 This photograph is of Walter Schrader receiving his degree from Winthrop President Charles Davis in 1969.