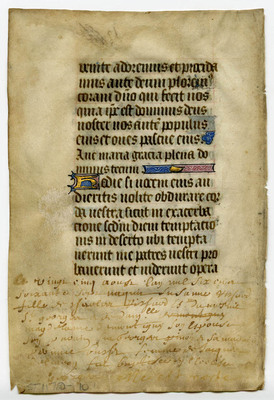 A book of hours is a Christian devotional book that was popular during the Middle Ages and is the most common type of illuminated manuscript surviving to the modern age. Although the original document is in Latin, annotations have been made in French referring to the history of the Dumesnil Family.